Have a wonderful, safe summer holidays. We will see you in September! 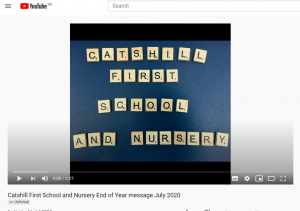 A message to the whole Catshill First School & Nursery community 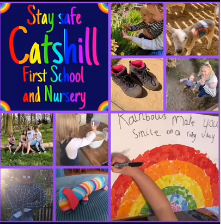 See what fun children have been having whilst learning at home: 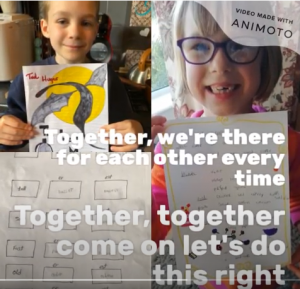 NEW VIDEO!  You could feature in the next one by sending videos and photos to cal27@catshillfirst.worcs.sch.uk. If you do not receive a reply to your email within 5 working days, please send another as some messages have not been received. New videos can only be created when we receive enough of your wonderful photos and videos. Please keep them coming! 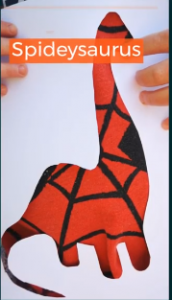 NEW VIDEO: Year 1 have been out dinosaur hunting. We have received some amazing videos from children learning at home too. Have a go yourself using these templates. Print them out and cut out the middle. What dinosaur will you discover?

Art and Science in one fascinating investigation! Try Mrs Cross’ Rainbow Activity at home and send us a picture! 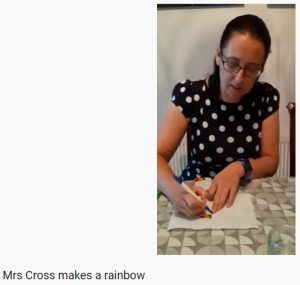 Time for a game? Mrs Mercer has one for you. Grab a dice if you have one and something to write your scores on. You will also need a brilliant memory! 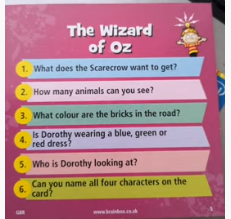 The game is called BrainBox. You have to look at the picture for 10 seconds (Mrs Mercer recommends pausing the video if you need a little longer!), then roll the dice and answer the question with that number. It could be about the animals in the picture, the colour of someone’s shoes or the text at the bottom. Play alone or get the whole family involved!

It’s not just staff who want to share their poems. Charlie in 3BS has written one too:

Lockdown – by Charlie (and mum)

The world went into lockdown
That really made me frown
No more school or seeing friends
When will this all end?

The world went into lockdown
Still no end in sight
Will try my hardest not to moan
And cherish this extra time a home.

The staff at Catshill First School and Nursery are missing reading to you so they are doing it from their own homes! 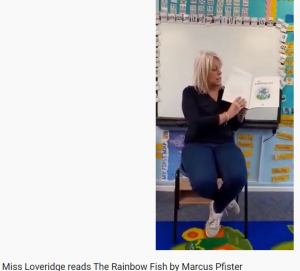 The Rainbow Fish by Marcus Pfister

A Squash and a Squeeze by Julia Donaldson

The Pig’s Knickers by Jonathan Emmett

Dora’s Eggs by Julie Sykes in her best Easter bonnet.

Hairy Maclary ‘Rumpus at the Vets’ by Lynley Dodd

The Baby Dragon-Tamer by Jan Fearnley

The Smartest Giant in Town by Julia Donaldson

The Gruffalo’s Child by Julia Donaldson

The Tiger Who Came to Tea by Judith Kerr

Room on the Broom by Julia Donaldson

Whatever Next by Jill Murphy

The Giant Jumperee by Julia Donaldson

A message from Mrs Wiley

A message from Miss Loveridge

Click here to read the lyrics. See if you can learn them and sing along.

Shark in the Park on a Windy Day by Nick Sharratt

Mrs Mercer has been playing with a free app called Chatterpix Kids.